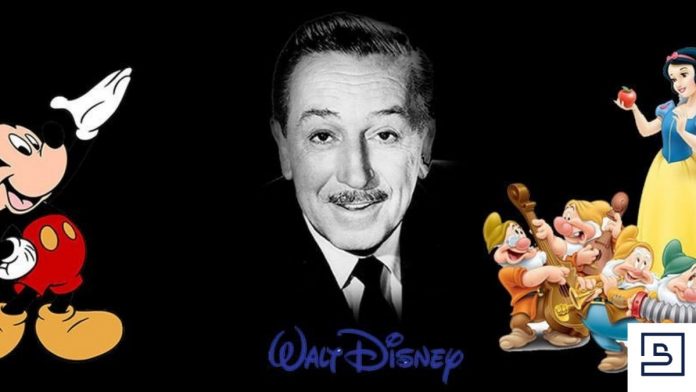 Today we’re going to be talking about the famous entrepreneur, Walt Disney, and how you can use his strategies to achieve success with your business.

By committed to his business and sticking with it, he was now able to build a business that has almost $40 billion in revenue. So today, we’re going to look at three lessons that you can learn from Walt Disney success and apply it into your business.

1. Find Something You Love

Walt Disney grew up in the early 1900s on a farm in Missouri, and developed the passion for drawing, so much so that one of his neighbours paid him to draw some cartoons of his horses. When Walt Disney got to school, he found that he was a good student, but he enjoyed doodling, as opposed to paying attention to his teachers.

He couldn’t lose that passion for drawing and cartooning, and he ended up plastering his ambulance full of different cartoon creations. People knew him on the street because he was the ambulance driver with different cartoons plastered on his ambulance. He decided that cartooning was for him; he was going to be an artist and returned to America to start his career as an artist.

Lesson number one is to make sure you have that strong passion for your business. If you don’t love it, it’s going to be hard to succeed as a business owner. If you look at any famous entrepreneur, and why they started the business, it wasn’t for the money. Money comes when you’re passionate about what you’re doing.

So, think about what is it that you do in your spare time?

Walt Disney first made his mark in 1934, when he proposed making a feature-length animation, which had never been done before. It was called “Snow White”. It took three years to make, he went a 100% over budget, people thought he was crazy for doing it, and he ran out money at the end and had to act out the last scenes of the movie for these bankers to get the money he needed to close and finish the movie.

It ended up being a huge success. It was the biggest hit of the year; he won an Academy Award for, and it was a financial gain for him. Walt Disney’s next big project was Disneyland, a 330-acre project out in California. A theme park which had nothing to do with his movies. People thought it was crazy again, but he was determined to make it happen and again, it was a big success for him.

Then He went on to open up the Walt Disney World in Florida, and the company was able to open up different theme parks around the world.

Walt Disney did everything he could to make sure people kept remembering the Walt Disney name. He did a lot of advertising, for example. So, he did TV campaigns, direct mail campaigns, print ads, even did grocery store coupon cut-outs so when you’re at the grocery store, you’re thinking about Walt Disney. He was also a pioneer in Merchandising so whenever a new feature film came out, that was a Walt Disney production, you would also be able to buy all the merchandise that went along with it. Today, Walt Disney is known not only for its movies, but its TV stations, theme parks, dolls, toys, games, and a whole host of other merchandise.

Walt Disney is an entrepreneurial legend who has built up one of the most recognized companies in the world. Remember, when he first got started, he had no money. Nobody believed in him. He had to live out of his office because he couldn’t afford an apartment. And he survived on a diet of cold beans because he couldn’t afford other food. By following his lessons, so you can achieve entrepreneurial success. So, remember, find something you love, push the boundaries, and stay top of mind, and you’ll make a lot out of your life.

check out the Success Stories of other successful entrepreneurs!!!

This site uses Akismet to reduce spam. Learn how your comment data is processed.

SIGN UP
to our Newsletter!
Be the first one to see Bizopzone newest posts with fresh entrepreneur ideas and guides your competitors doesn't know yet. Make your first step to your success, enter your name and email to subscribe.
SIGN UP